Partner Furqan Mohammed, an oft-cited source for issues relating to the Chicago taxi industry, was cited and featured in the New York Times’ first-page feature story on how the New York taxi medallion lenders moved into the Chicago taxi market and started offering loans to Chicago taxi drivers and how some industry players artificially inflated the prices of taxi medallions, eventually resulting in a bubble that burst in 2016 and resulted in thousands of taxi drivers filing for bankruptcy and losing their savings.  The full story can be found at: https://www.nytimes.com/2019/10/04/nyregion/taxi-medallions-chicago.html 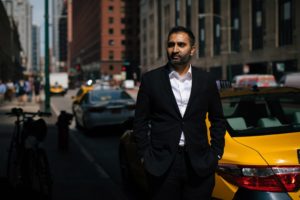